Our Executive Council: The Secretary 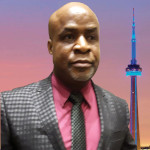 Festus Ehiozomwangie was born in Benin City, Edo state, Nigeria. He is a graduate of Seneca College and Brock University, Ontario, Canada, and an alumina member of University of Benin, Benin city, Nigeria. He currently holds a Bachelor of Science degree in Nursing.

He is a former President Unic Club of Toronto and a founding member and a two time president of Eve’s Klub of Toronto, Canada. He collaborated with other club presidents in Toronto to form the Edo Youth Network which now has 11 associations as members. He was an executive member of the Unic Club when it hosted the 2006 ENAW Convention first time in Toronto. Aside from being the local chairman of the Organizing Committee of Toronto 2018 ENAW Convention, he collaborated with other 3 clubs to bring 2018 Convention to Toronto. He served as co-chairperson of the ENAW medical mission to Nigeria for two years in a roll.

He is currently the Secretary General of Edo National Association Worldwide (ENAW).

He may be reached at secretary@enaworldwide.org