Our Board of Advisors: Elder Franklin Omoruna
The Chairman - A Visionary Leader 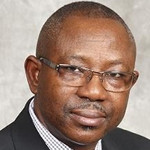 A staunch academician and a life-long student of creative leadership, Franklin Omoruna is a Community Developer and the President and Chief Executive Officer of Wellness Anew Foundation, which is an organization that is focused on championing strategies to manage individuals with special needs and mental health challenges, while raising the funds and awareness that is required to mitigate it. Other entrepreneurial initiatives is the operation of De Runa Banquet Hall and Benin Café a leading African restaurant in the Greater Toronto Area.

Having held varieties of political and professional leadership positions in different capacity for over two decades, Elder Franklin Omoruna understands the Art of Political Leadership, and is always at work with political leaders around the world on Strategic Planning, Community Development and Youth Engagement. He is renowned for his transformational, visionary, inspirational and servant-leadership style and his remarkable ability to work through a diverse group of Political Leaders to achieve so much in the Nigerian and Canadian and North America communities. Elder Omoruna completed a two term leadership of the prestigious position as the National President of the Edo National Association Worldwide since 2012-2016. . He also initiated the ENAW Annual Medication Mission and led 4 missions to rural and urban communities in Edo state Nigeria and during that period, also build a Park and recreation center at Utekon, along by-pass in Benin City, Edo State Nigeria.

Both projects have remained a hall mark for the organization until today.

In 2011, Elder Franklin Omoruna was profiled on NTA International TV as the Diaspora of the Week and also featured in newspapers and magazines for spearheading large scale projects and initiatives, which include the building of group homes for disadvantaged and developmentally challenge youths in Canada and led the UNIC Club initiative of upgrading the Edo State Children’s hospital and provision of medical equipment in some local hospitals in the 3 senatorial district in Edo State Nigeria.

His passion for excellence in everything he does, coupled with an unquenchable desire to augment the perceptions people have of Political and Community Leaders, makes him an asset to the local and international community.

He has hosted royalties and directed programs for dignitaries, including the grand reception for the President of Nigeria, H.E. Dr. Goodluck Ebele Jonathan and his entourage during his historic attendance of the 2010 G8 & G20 Summit in Toronto, Canada.

Elder Franklin Omoruna as President of the UNIC Club of Canada led two mission to Nigeria to refurbish and provide water supply to the Children’s Hospital located at the Specialist Hospital in Benin City.

As National President of Edo National Association Worldwide from 2012 to 2016, Elder Franklin Omoruna raised funds to support the victims of the Flood disaster that affected the Edo North and Edo central senatorial district.

Elder Omoruna continues to support local and international philanthropic initiatives as giver and a community organizer.

<< More Board of Advisors Members