Our Board of Advisors: Mr. Victor Oronsoya
Member 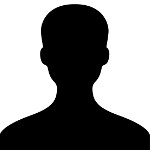 Mr. Victor Oronsaye is the CEO of Freedom Business Group, Brooklyn, New York. He graduated from the New York institute of technology with a B.Sc in Political Science (1978) and he received an MA in International Relations from Fordham University, Bronx, New York (1980). He worked as a Social Science editor at Ethiope Publishing House in Benin City (1984 – 1999). His contribution to the Edo community includes serving as General Secretary for Benin Club, Brooklyn, NY (1996 – 2010) and as President of the club (2010 – 2014). Mr. Victor Oronsaye has been a pillar of strength to the ENAW community for many years.

<< More Board of Advisors Members