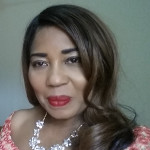 Mrs. Stella Isa Ejedawe is a real estate entrepreneur in Los Angeles, California. She was educated in England, with a B.Sc in Land Administration and Town Planning an M.Sc degree in Urban Land Appraisals.

She founded African Legacy Awards in 2013 as a platform to promote humanitarian and developmental activities in Africa. Her leadership position with the Edo community includes president of Afemai Association of Southern California (2004 -2008), inaugural Chairman of Afenmai World Congress (2007 - 2008) and ENAW Women Affairs Coordinator (2014 -2018).

Her accomplishments as ENAW Women Affairs Coordinator included participating in the Medical Mission and leading the first mission outside of the immediate Benin township and today the mission serves the three Senatorial Districts. Mrs. Ejedawe, in cooperation with the office of the First Lady, Mrs. Iara Oshiomole, convened the first Women Empowerment Summit in Edo State with about 300 women in attendance (2015). Mrs. Ejedawe championed the cause to support our women and children with medical equipment supplies that have been received by several General Hospitals in the three Senatorial districts. She launched the "Blue Chairs" campaign in 2016 and you may notice blue metal chairs in our hospitals donated by ENAW members. In 2017 two new baby incubators were donated to the Central Hospital and Stella Obasanjo Hospital both in Benin and commissioned by our First Lady, Her Excellency Mrs. Obaseki.

Mrs. Stella Isa Ejedawe is honored to serve on the ENAW Board of Advisors.